I Saw Death Make Her Rounds

I was brought on to this project specifically to make the dress for La Muerte. This film was created by a crew of students with Mexican roots, and is going to be released in time for Dia de los Muertos.

This is one of my favorite costumes I've ever created. The director was very inspired by the costume of La Muerte from the animated film The Book of Life, and also wanted the hat to look as identical as possible to the original etching of La Calavera Catrina by Jose Guadalupe Posada. I created the dress and talked the director through making the hat. He was adamant that he make it, and since I was preparing to leave the country, I was happy to let him. 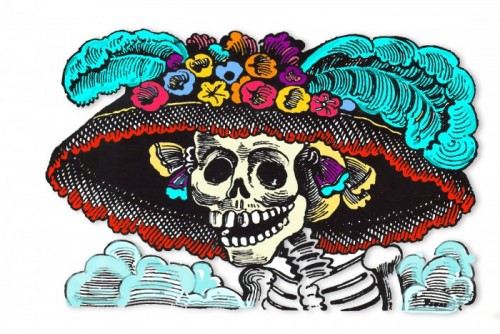 The dress is actually two pieces: a bodysuit and a skirt. It allowed me to create something more managable, both for me and for the crew and actress during production. It's made out of a stretch faux velvet that was comfortable and breathable for the actress, who was working outside in Utah summer heat. I worked with the director to get any important symbolism that would be noticeable if I missed. One of those symbols was the world, so I made sure to include it on her bracelet. 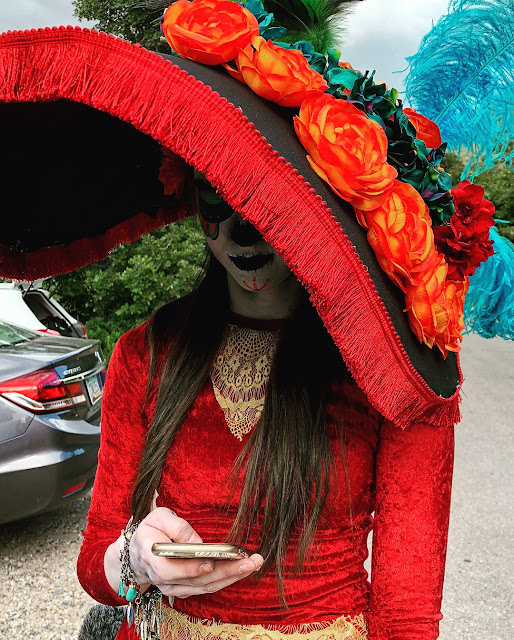