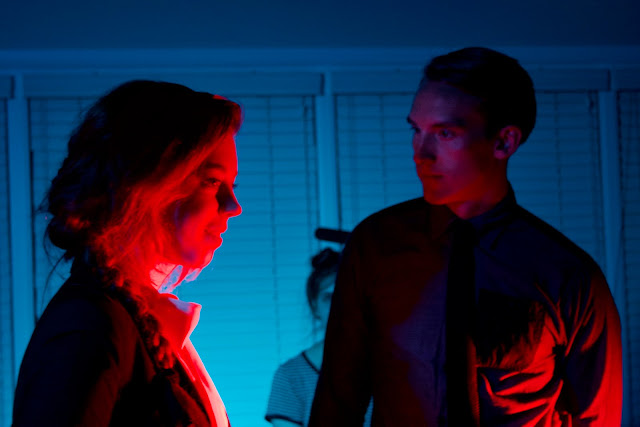 Fascism has rules, and breaking those rules leads to terrible consequences.

This was one of my favorite films to design costumes for. The color palette worked very well for the tone, and everything came together just right.

The concept for these costumes was something that looked like a military-inspired school uniform, but different enough that they belong in a different time and place than our own. So the costume for Jenny (played by Paris Abigail Moore) is a black blazer, white blouse with a tie, a kilt, and beat up Converse (to give her a sense of rebellion against a utilitarian regime). The costume for Aaron (played by Tyler Fox) is a gray button up, black tie, black jeans, and lace up boots. He looks more militaristic and polished, with less rebellion in his costume. 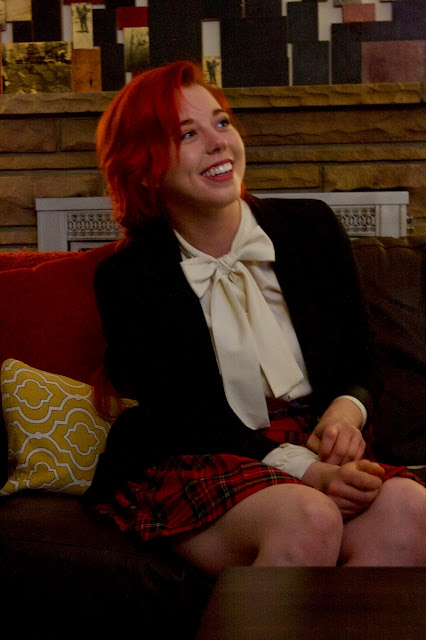 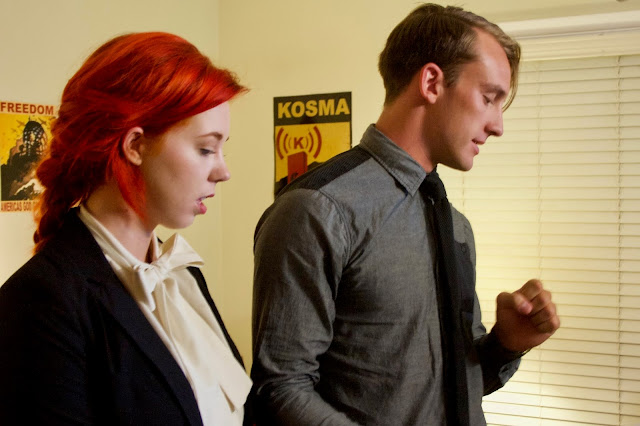 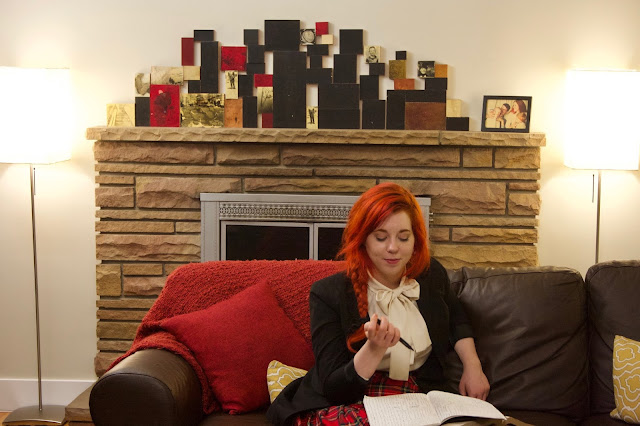 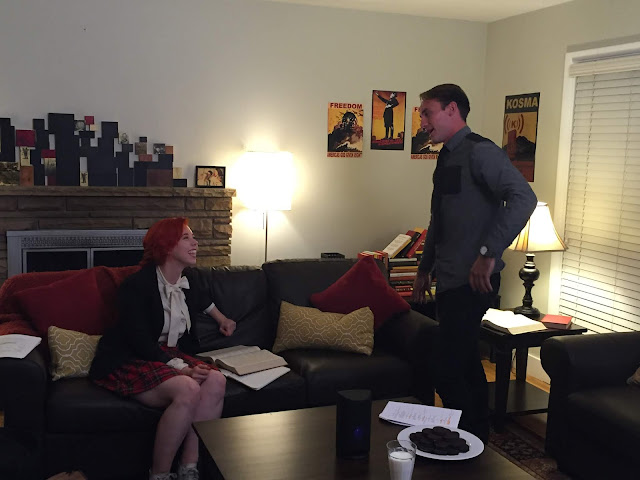 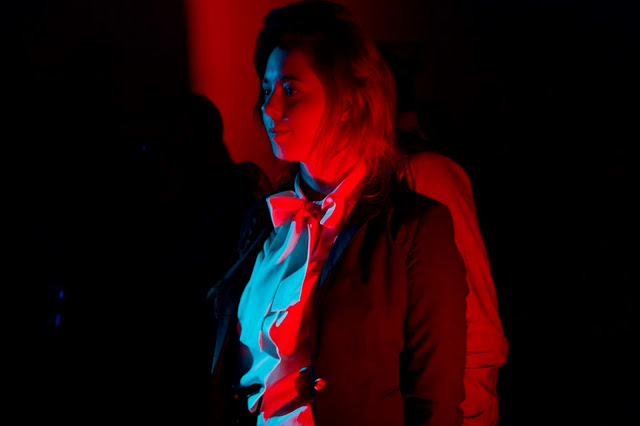